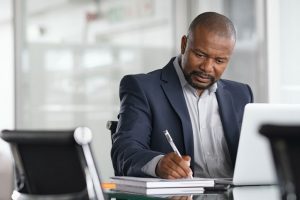 According to the U.S. Department of Justice, there were about 2.2 million adults in prisons and jails in the U.S. as of 2018, but more than 4.4 million on probation and probation during that time—double that of the incarcerated population. While the community-supervised population has steadily decreased over the last decade, reaching its lowest level in 2018 since 1998, the numbers are still hefty, with the total probation rate coming in at about 1 in 58 adults in the U.S.

All school search, finder, or match results, as well as colleges and universities displayed as "Featured School(s)" or "Sponsored Content" are advertisers that compensate us for placement on this site. The resources, editorial content, and school evaluations published on this site are developed independent of the schools that advertise here.

Rasmussen University
Featured Program: As a student in our School of Justice Studies, you can prepare to serve your community with an Associate's or Bachelor's degree in Criminal Justice or an Associate's degree or post-degree Academic Certificate in Law Enforcement.
Request Info

Abilene Christian University
Featured Program: Bachelor of Science in Criminal Justice: Throughout this degree, you’ll gain an understanding of the justice system and its process, from local to global issues, and how to uphold ethical standards.
Request Info

Probation officers serve an important role in our nation’s correctional system. At more than 90,000 strong nationwide, according to the American Probation and Parole Association, community corrections professionals supervise probationers to reduce the incidences of crime and protect the public interest.

But these professionals are far more than just glorified watchdogs for criminal offenders. Their work is focused solely on effecting positive change in offenders and the communities they come from through meaningful support and rehabilitation.

They often come to the job with a law enforcement background, four-year degrees in areas like psychology, criminal justice, corrections, or social work, and many times have had some experience that helped them appreciate the value and long-term societal benefits of community supervision over incarceration. Their skillset is broad, and their knowledge of everything from how the court systems operate to the best ways for parolees to access social services and job training opportunities makes their contributions to both the individual offenders they work with and the communities they serve simply invaluable.

Keep reading to learn more about what today’s probation officers are earning, how to increase your earning potential, and where some of the highest salaries can be found. 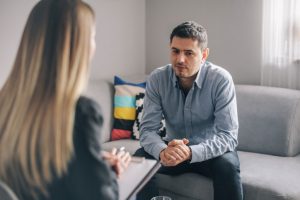 Federal probation officers within the U.S. Probation and Pretrial Services System are federal law enforcement officers and U.S. district court employees who supervise federal offenders that have been granted probation. Qualifications for these jobs are stringent, and training is required, but the salaries and the perks of being a federal employee are impressive.

Like a lot of jobs in federal law enforcement, there are age limits put in place for candidates as a way to make sure new-hires joining the ranks are prepared for the long haul with plenty of in-service years ahead of them. So if you’re over the age of 37, you won’t even be considered for a job with the U.S. Probation and Pretrial Services System. You’ll also need to hold a bachelor’s degree in an area like criminal justice, criminology, sociology, human relations, or psychology, and you must have at least one year of experience (post-bachelor’s) in a field like parole, corrections, substance/addiction treatment, criminal investigations, or pretrial services.

If you’re qualified and skilled enough to land a federal PO position, you’ll be sent to the Federal Law Enforcement Training Center in Charleston, South Carolina to complete a six-week program through the Federal Probation and Pretrial Services Training Academy. The training academy is where you’ll learn federal probationary protocols and how to perform your job duties, laying the foundation for the on-the-job training you’ll get when you return home to the district you’re assigned to. Academy training involves becoming a firearms and safety instructor in your district, which not only reinforces the firearms skills required for the job, but also comes with the cool perk of being recognized as a qualified instructor.

Your Earning Potential as a Federal Probation Officer

Your base salary will differ depending on whether you’re in the “developmental range” (training) or in the “full performance range”:

But base pay doesn’t usually reflect the total salary for probation officers, as locality pay can and does often mean higher salaries for those living in urban areas or in areas where the cost of living is generally higher.

Further on in your career as a federal probation officer, you’ll find salaries often exceed the CL26 pay level, reaching the CL27 and CL28 levels, which are actually listed on the non-law enforcement officer pay table.

Like probation officers at the lower pay levels, those at the CL27 and CL28 pay range may earn significantly more based on locality pay.

For example, a probation officer in Washington D.C. at the CL27/28 level would earn up to $20,000 more than the base salary:

The Benefits You’ll Receive as a Federal Probation Officer

Great benefits are often one of the perks of being a federal employee. As a federal probation officer, you’ll enjoy the following:

You’ll also have a number of Judiciary pre-tax options that allow you to set aside money from your pay, pre-tax, for expenses related to healthcare, dependent care, and more. 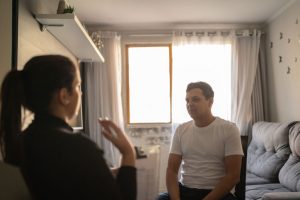 Both qualifications and salaries for probation officers working for state and county or municipal jurisdictions can and do vary. But get a four-year degree under your belt in corrections or an area like criminal justice, psychology, social work or counseling, and chances are you won’t just meet qualifications, but actually place among the top candidates in your field.

According to the Bureau of Labor Statistics (BLS), probation officers earned an average salary of $59,910 as of May 2019. The top 10% in this field – likely those with both a degree and considerable experience in the field – earned more than $94,860 during this time.

Probation officers for state corrections departments earned an average of $59,160, while those at the local level earned slightly more, at $62,160.

Where you live may also affect how much you can expect to earn. According to the BLS, the top-paying states for probation officers included:

Recent information from state corrections/judicial departments can provide more insight into what probation officers are earning and what qualifications they need to land the job: 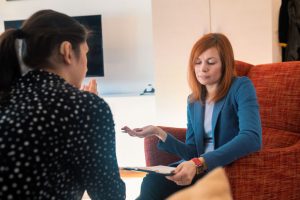 Look to the following BLS stats to see what probation officers are earning in your state at the 50th-90th percentile:

Salary and employment data compiled by the United States Department of Labor’s Bureau of Labor Statistics in May of 2019. Figures represent accumulated data for all employment sectors in which probation officers work. BLS salary data represents average and median earnings for the occupations listed and includes workers at all levels of education and experience. This data does not represent starting salaries.